I started using Blender scenes from the Blender Cloud. The intention behind that is

This scene in particular was modelled by Gleb Alexandrov, the author of the Creative Shrimp blog. 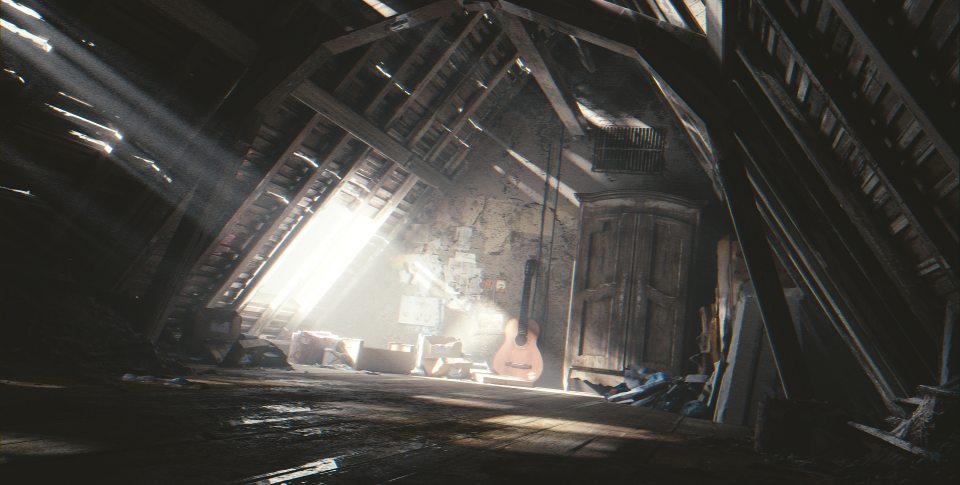 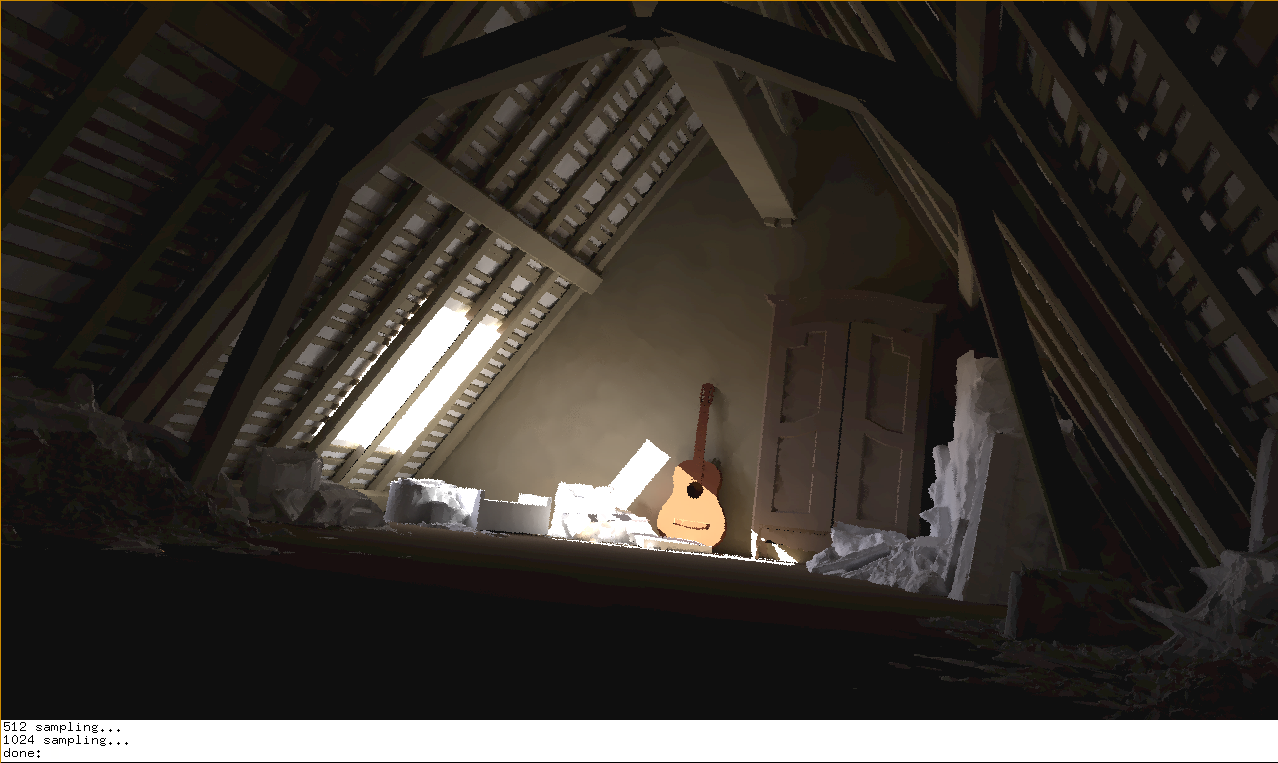 The current state of the Radiance exporter doesn't support textures (yet), but I still like to use the renderer to see the light distribution within the un-textured scene and to analyze it, e.g. by using falsecolor option: 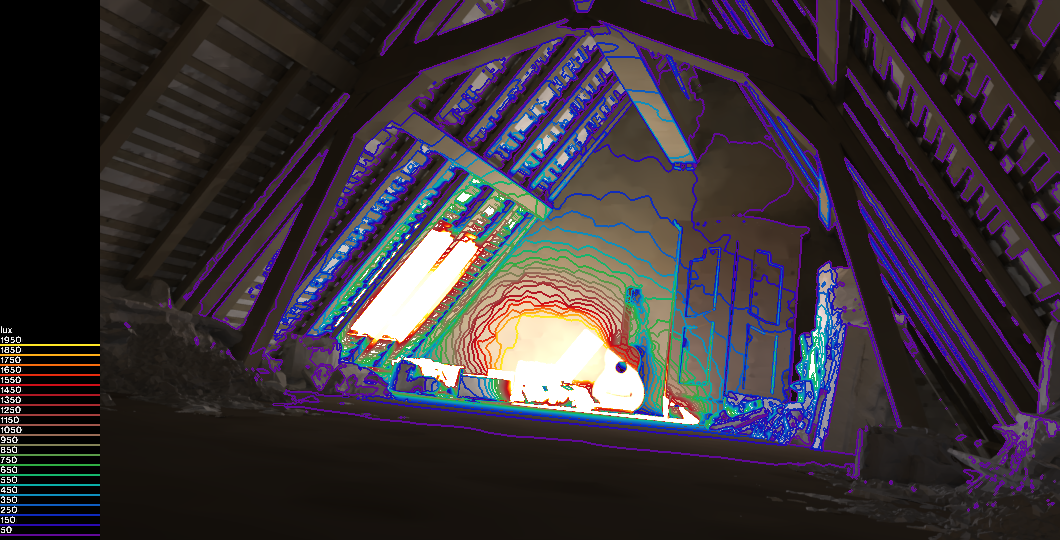 Here are the commands I used to render two images with Radiance and mix them to visualize the amount of Lux arriving at different parts of the scene via falsecolor contours:

The details about this procedure are explained in a previous blog post. 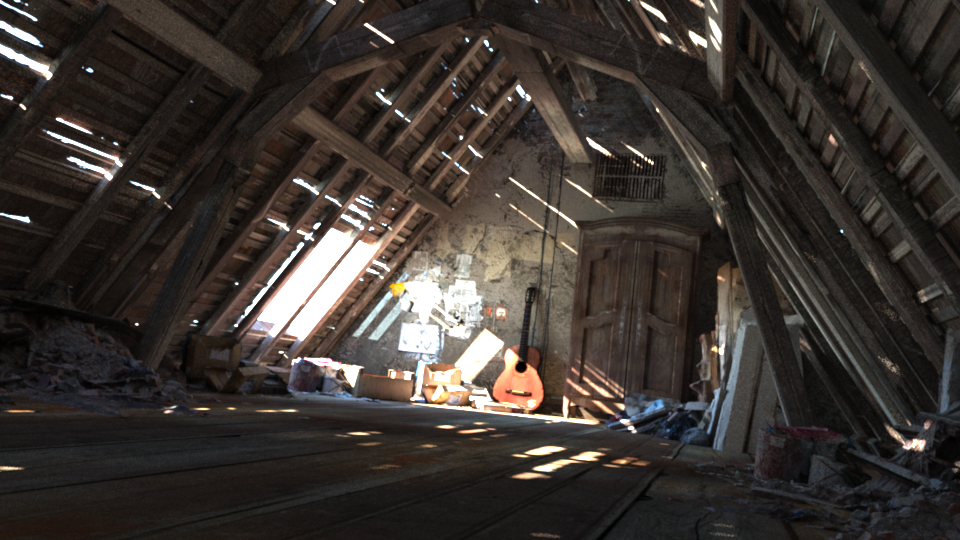 As you might have noticed the Radiance rendering doesn't show the holes in the roof as in the original scene. The reason for that is the missing support for textures, because the holes are basically created by a mix of a diffuse with a transparent material, controlled by a texture to indicate the transparency. The Luxrender rendering shows those holes, but I used a slighly different texture (and uv-coordinates) in comparison to the original scene. In the future I might add fog for those renderers which support volumes. See Haunted Hallway - Luxrender and PRMan scene. 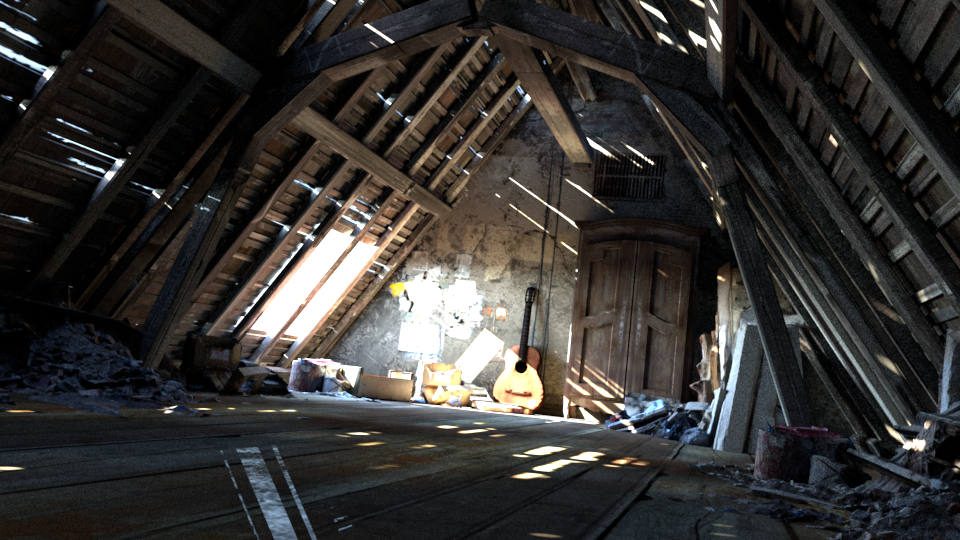 With some manual tweaking of Arnold's render options you can achieve rendering times around 2 hours. The already tweaked Arnold scene description can be found here. There is also one single shader (alLayer from alShaders) included (compiled for Arnold version 4.2.14.1 on Linux) which is used to mix two standard shaders. 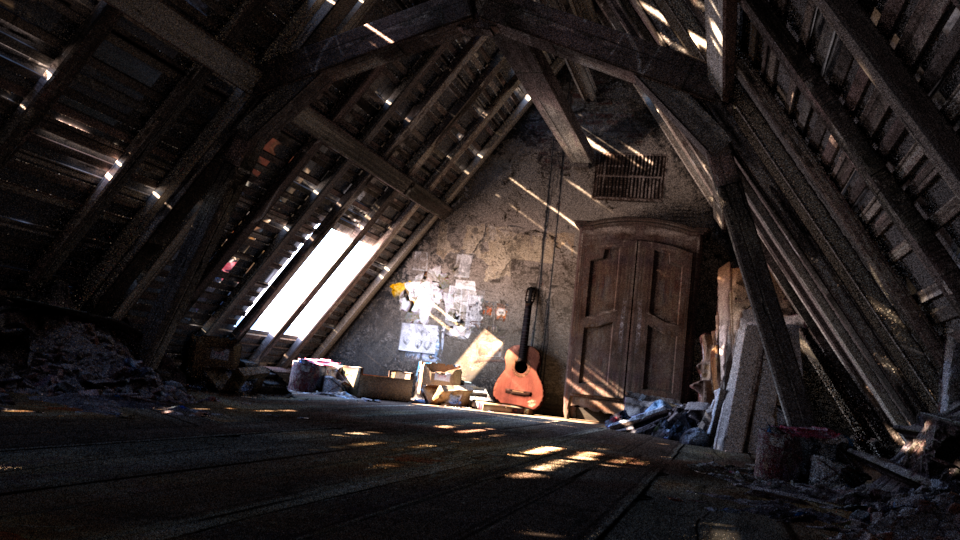 The image above was rendered by Pixar's PhotoRealistic RenderMan (version 20.9), also in approximately 2 hours. The RIB file including special versions of the textures (being created by txmake) can be downloaded from here. 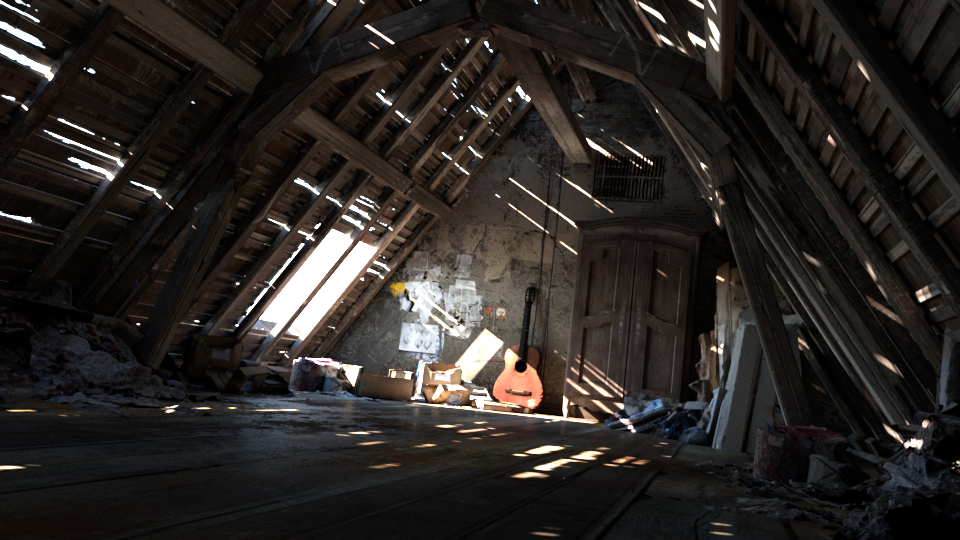 I did send Cyril Corvazier from Guerilla Render a Maya 2014 scene (which I imported into Maya via my own translator, which can read Arnold's .ass files) and he prepared the scene to render with Guerilla Render. The scene can be downloaded from their samples gallery as well as from my download section. The resulting image can be seen above. 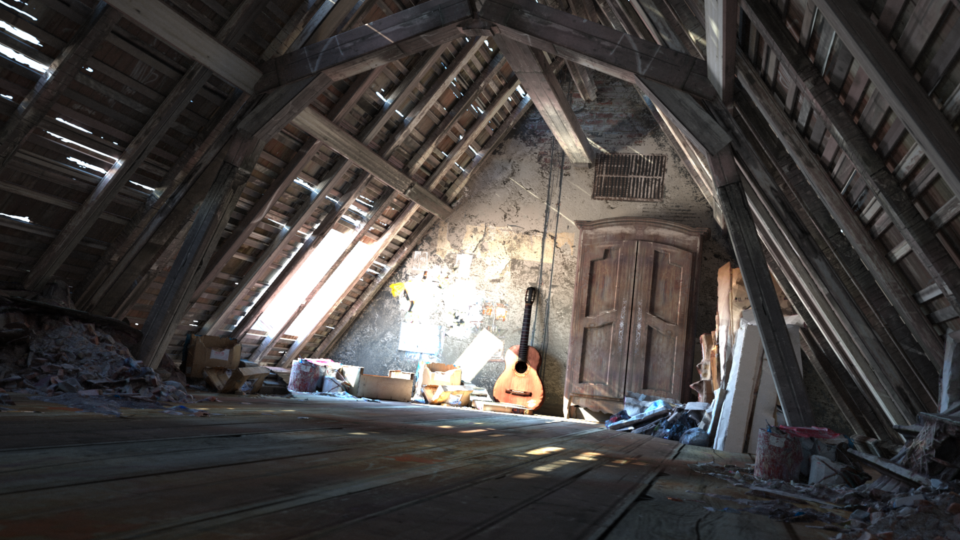 The image above was rendered by Indigo and a .pigs (Packaged Indigo Renderer Scene File) version of the scene (including all textures) can be downloaded from my download section.