In a previous blog post from 25th of August 2015 we talked about the Haunted Hallway scene already and showed images rendered with Blender's global illumination renderer Cycles. Today I would like to talk about Luxrender and Pixar's RenderMan implementation PRMan (version 20).

Let's start with Luxrender. On the forum I asked for help how to achieve god rays as in the Cycles renderer. I got a response and the resulting file renders like this: 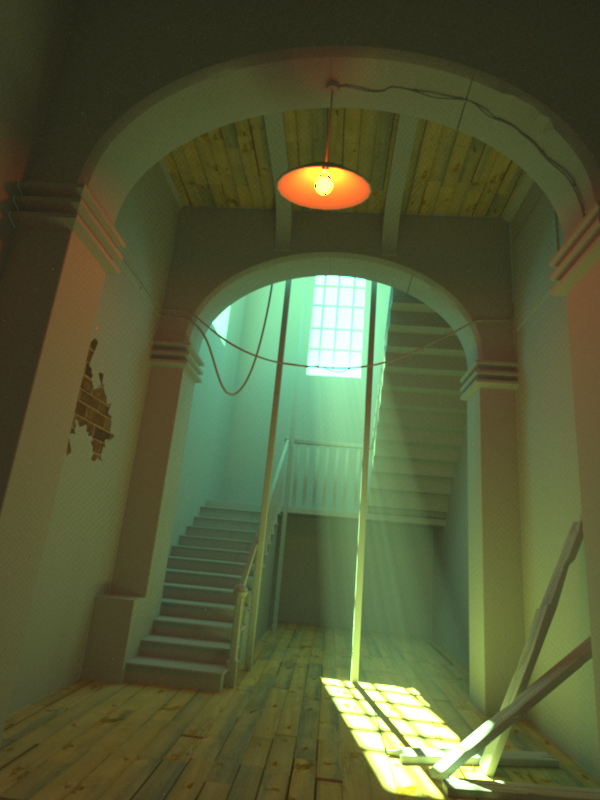 Right now my own exporter does not support volumes (yet), so let's summarize what was added to the exported .lxs file by hand.

I don't know why the outlierrejection_k value changed, but we need a VolumeIntegrator for sure.

The volume dusty air will be used later. You can raise or lower the color sigma_s values for the volume to get more or less scattering.

A cube called dust box, big enough to contain all objects in the hallway, was added to the scene. Everything inside is filled with dusty air (therefore the Interior).

The volume dusty air is used as an Exterior for the light bulb.

The volume dusty air is used as an Exterior for the camera (which is defined before WorldBegin).

What's interesting in regard of finding good values for the light sources for other renderers is the ability of Luxrender to use light groups. While the renderer is rendering you can turn those light groups on or off to see the effect of a single light, here the light bulb, emitting red light: 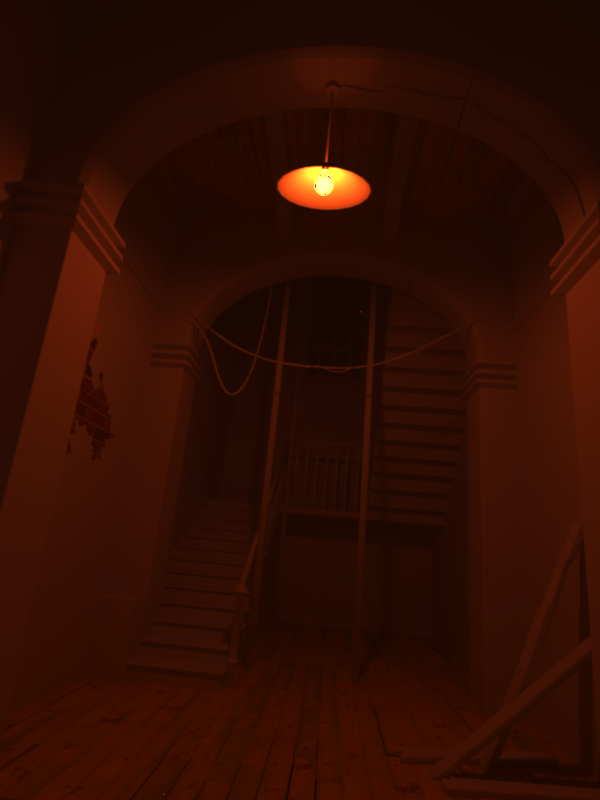 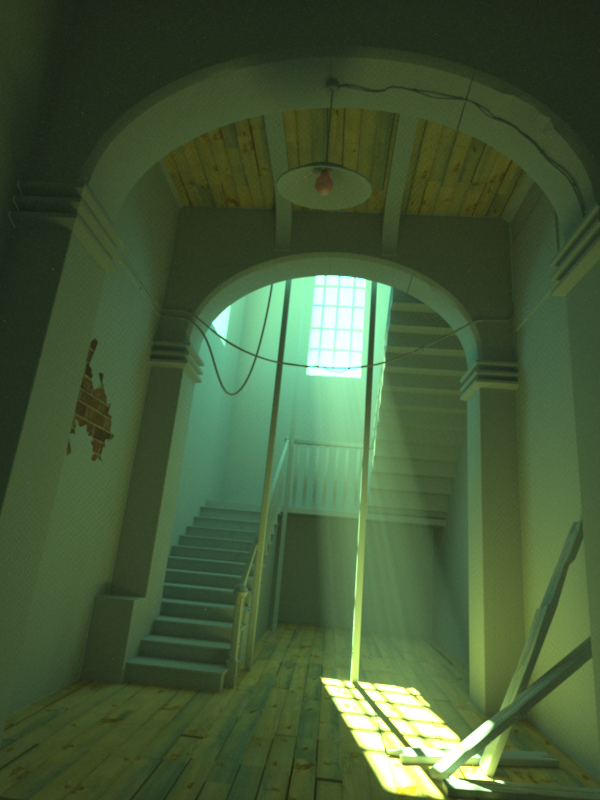 Actually I defined the colors while running Luxrender and stored the settings (tonemapping values and light group colors) in a file called hallway.ini:

You can load that file (during rendering) via File->Load Panel Settings....

Let's have a look at the result we got from Pixar's PRMan 20.0 renderer:

There are two Blender files for this scene in the download section (via the Cycles link). Beside the changes regarding using a volume for the god rays I replaced the sun light (using PxrEnvDayLight) by a spot light. This was mainly done for Cycles which currently can't use a daylight system for volumetric lighting, but I kept this change for RenderMan as well. So I replaced this piece of the RIB file:

The direction of the spot light is pretty similar (moving the light along the same vector), but the resulting bright spot on the floor is still not exactly the same (because a spot light has a position):

Now let's talk about the god rays and how to define a volume to create those. The volume contains the whole scene, including camera's and lights (in this case the spot light outside the building), not just geometry:

Nothing else is needed for PRMan to make the light scatter in a homogeneous volume (using a single density value).