I installed it on OS X, but Linux or Windows versions should work in a similar way. First you should set an environment variable called $RMANTREE:

The syntax above is for tcsh, for bash use the following:

To render our first picture we will go directly into a subfolder and render one of the example RIB files coming with the free version:

The resulting 512x512 image will be called oslball.tif as described in the RIB file:

It should look similar to the image below: 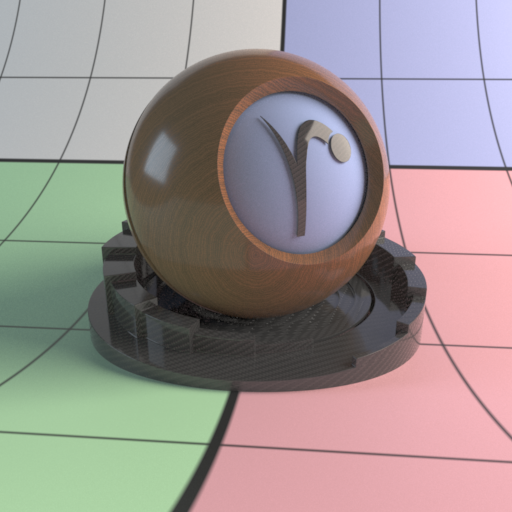 The patterns were generated via the OSL shading language and some examples (e.g. oak.osl) can be found in the shaders subfolder.

I will update my multi-exporter soon to support the non-commercial RenderMan version from Pixar and provide RIB files in the download section.