The original Radiance renderings show some patterns on the floor and walls. They also simulate wavy curtains via some surface normal perturbation: 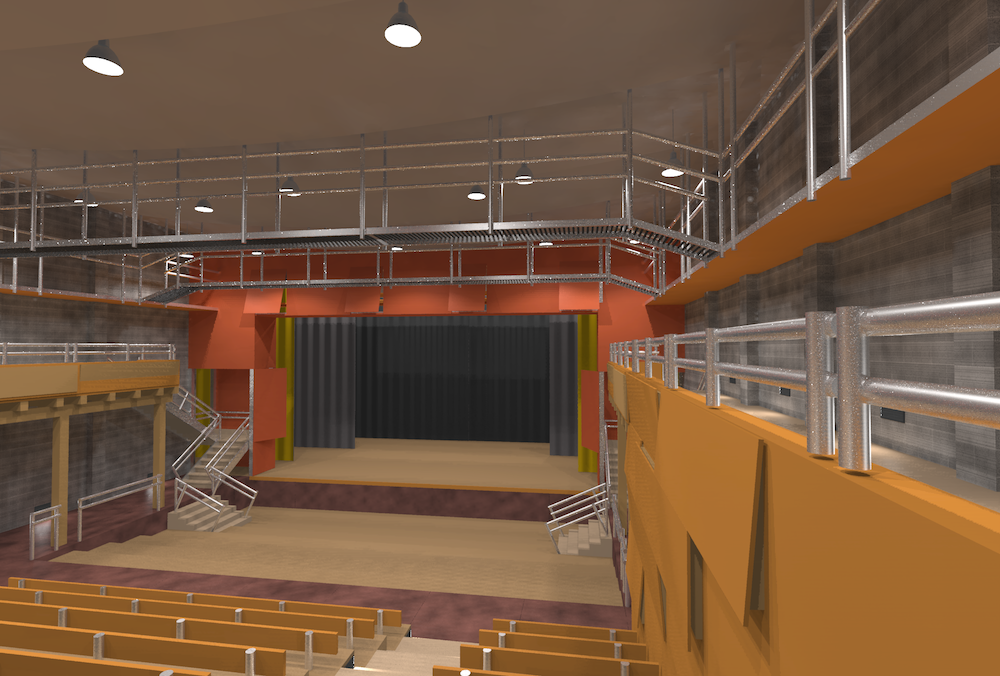 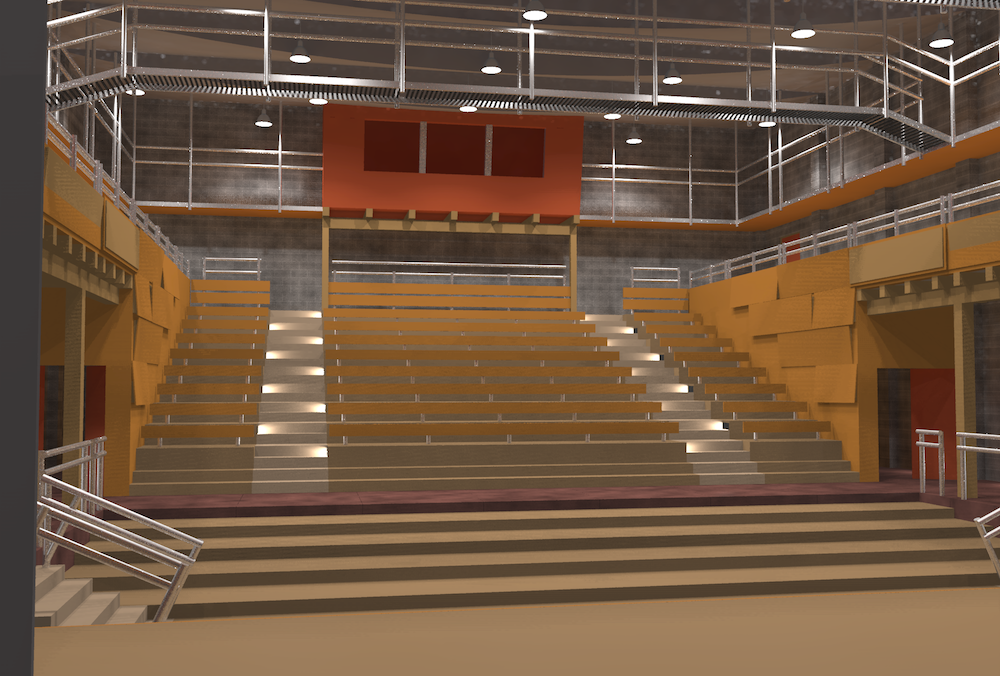 After importing the scene into Blender those patterns are gone and I replaced them by materials with a single color. Exporting the scene again (via my own plugin) in various renderer specific file formats allows me to render the same scene from various camera perspectives and compare the results.

I recently re-rendered the scene with Luxrender: 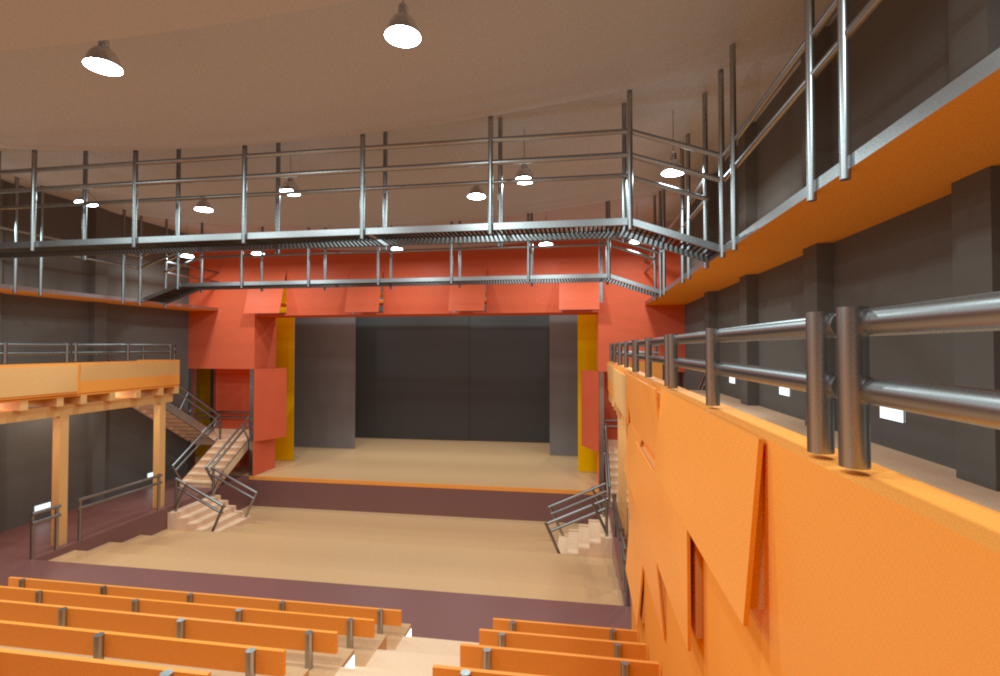 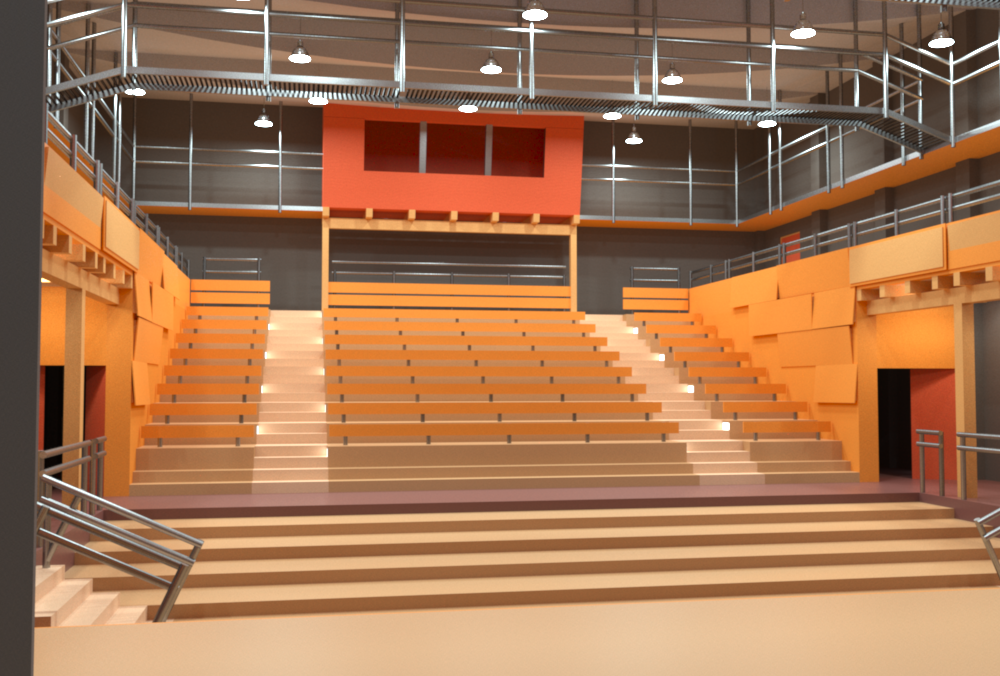