The National Inventors Hall of Fame (NIHF) is an American not-for-profit organization dedicated to the inventors and their inventions. Founded in 1973, its primary mission is to "honor the women and men responsible for the great technological advances that make human, social and economic progress possible." - see Wikipedia link. 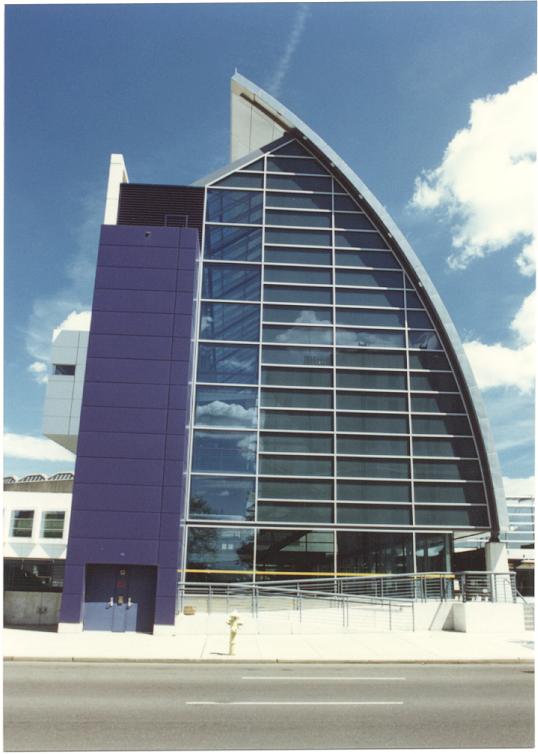 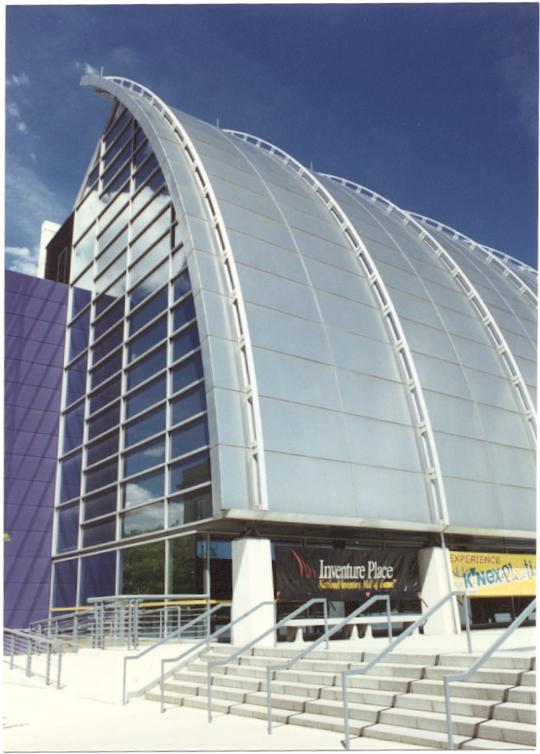 The photos above were found through an Internet search (via Google) and were taken by Thom Sheridan from Akron, Ohio.

It looks like Charles Ehrlich created a 3D model and Greg Ward rendered some images with Radiance, a suite of tools for performing lighting simulation (originally written by Greg). Here is one of the camera perspectives, defined in the original view files, rendered by Radiance:

I imported the scene (defined by Radiance specific *.rad files) into Blender, modified it slightly (mainly the glass windows, which should be volumetric for most renderers), and exported to several renderers. Currently my favourite image (from the same camera perspective) was rendered by Indigo: 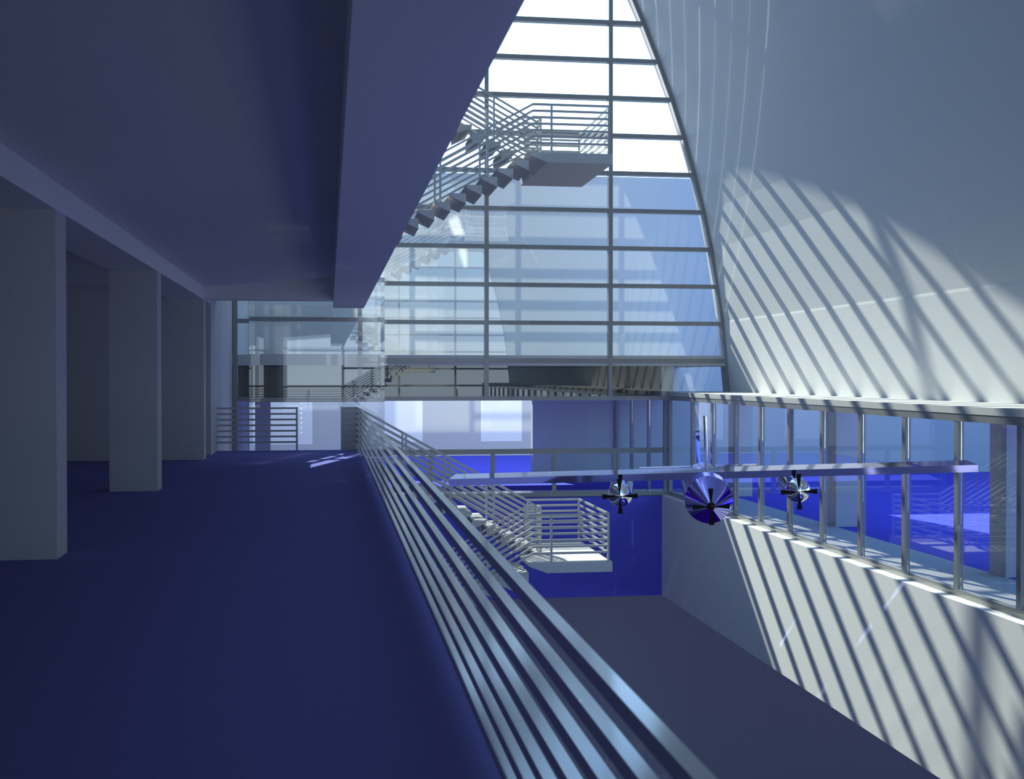 All light comes from the sun and sky. Radiance allows to exclude certain modifiers (or materials) from the indirect calculations to speed up the indirect computation (see -ae and -aE option of the rpict program). This might be an explanation for some of the missing features visible in the Indigo image, but not in the Radiance version. Anyway, I plan to render more images, with several renderers, and bring up the topic (regarding this scene) again in the future. For now I just wanted to introduce the scene, the geometry, and show some results. The scene and all images can be found in this repository.