One of the Lighting Challenges on 3drender.com was to light a hallway in a way that it appears to be haunted. So I looked at Dan Wade's original rendering and the render challenge gallery for inspiration while grabbing the geometry from the web site. After setting up the scene for Blender and it's global illumination renderer Cycles I decided to try out the volume rendering, a feature available for Cycles since version 2.70 of Blender: 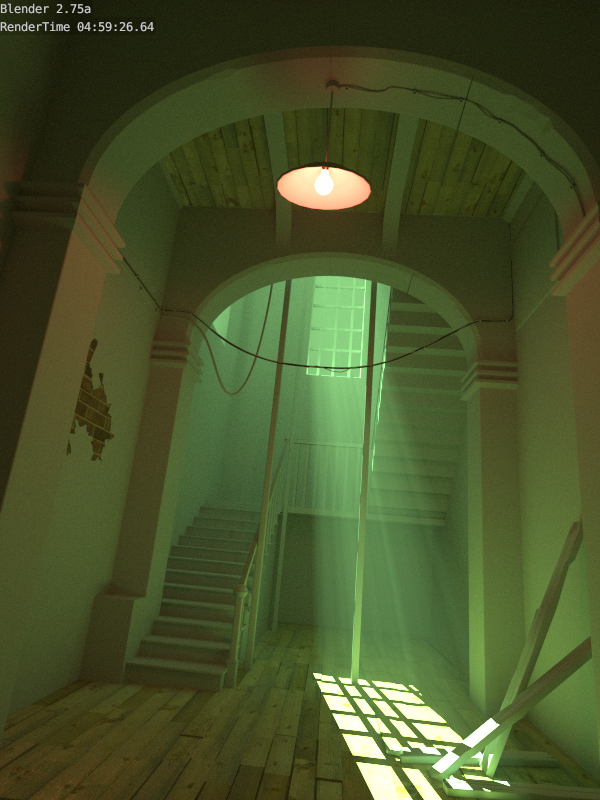 Basically I liked the lateral tilted camera (see Wikipedia article about tripods) from some of the examples because it's unbalanced view adds to the scariness of the scene. Another element I liked was the usage of green and red light sources. Some examples added blood to the scene to emphasize the danger which is associated with the color red. Finally I wanted to experiment with god rays and volumetric lighting.

Here is an earlier test with a red light bulb, but using the sun and sky simulation, which I tinted slightly green. 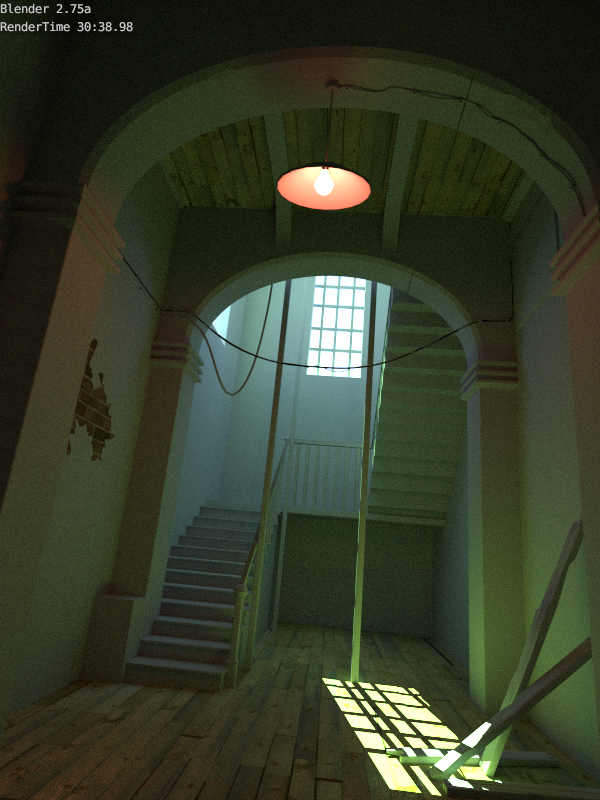 I wanted to get the lighting right first before continuing to work on the textures and materials used. Only the wooden floor and ceiling use textures so far, beside the little patch of the brick wall. I did experiment with other renderers though and will write about that in another post. The Blender scene(s) (with and without volumetric lighting) can be found in the download section. The textures have to be downloaded separately. Over time you will find the scene in other file formats for various renderers.