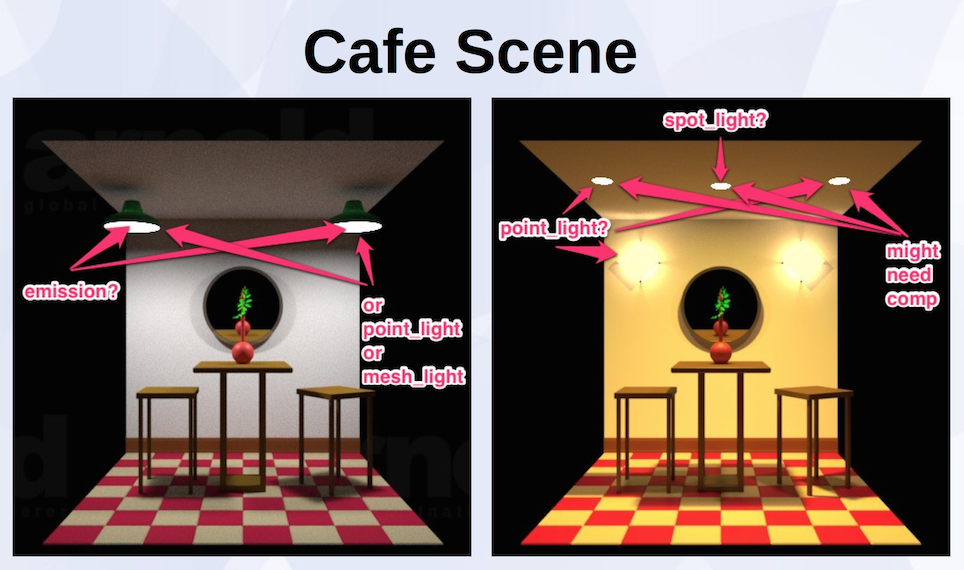 Chapter 2 of the Rendering with Radiance book introduces this Cafe Scene. It shows exacly the same geometry lit by two different light setups.

On the left two light emitting spheres (light bulbs) are covered by lamp shades, so that most of the light will be shed downwards and only a bit of light bounces around and illuminates the upper part of the back wall and the ceiling.

On the right you see an alternative in lighting using using the three basic approaches to interior lighting design: light to look at (decorative), light for objects to be seen (accent), and general lighting to see by (ambient):

Even though this scene is still pretty simple, it raises a couple of questions. 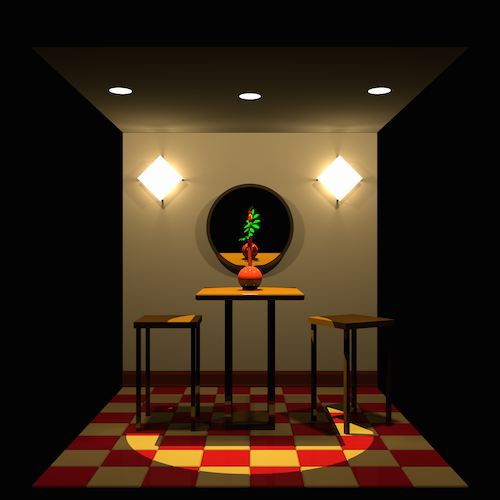 Posts about more complex scenes (and other aspects of rendering) will follow soon ...