The Conference Room is a very famous scene, originally created for and rendered by Radiance. The room does (or at least did) exist in reality and was painstakingly measured and re-created in a text editor (vi). See README file and credits in the repository, where I keep my test scenes in various formats. Here are the (current) results for Arnold: 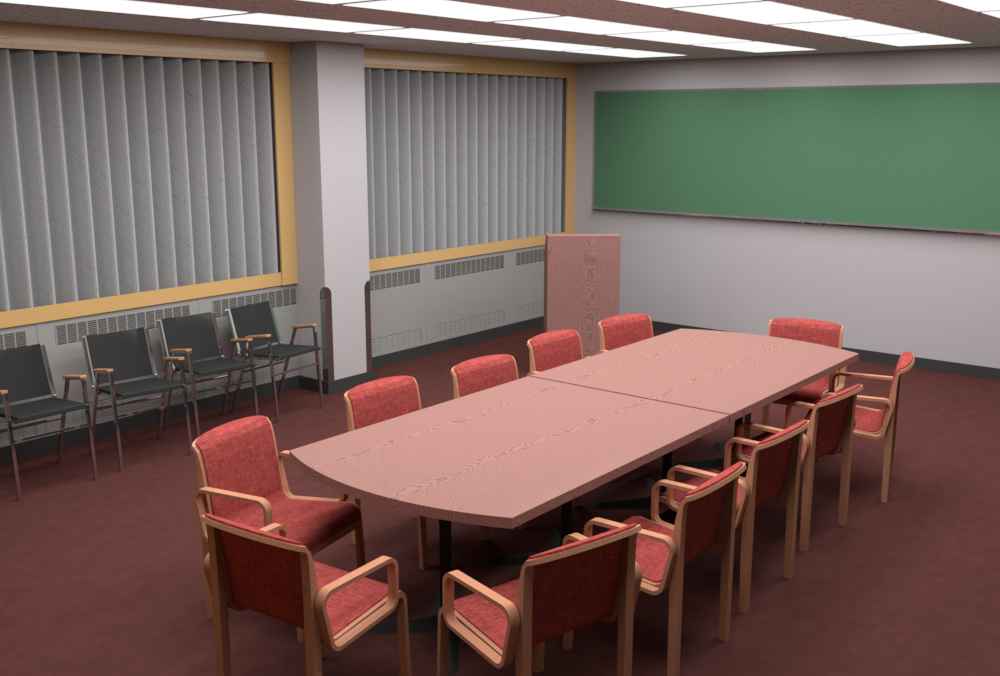 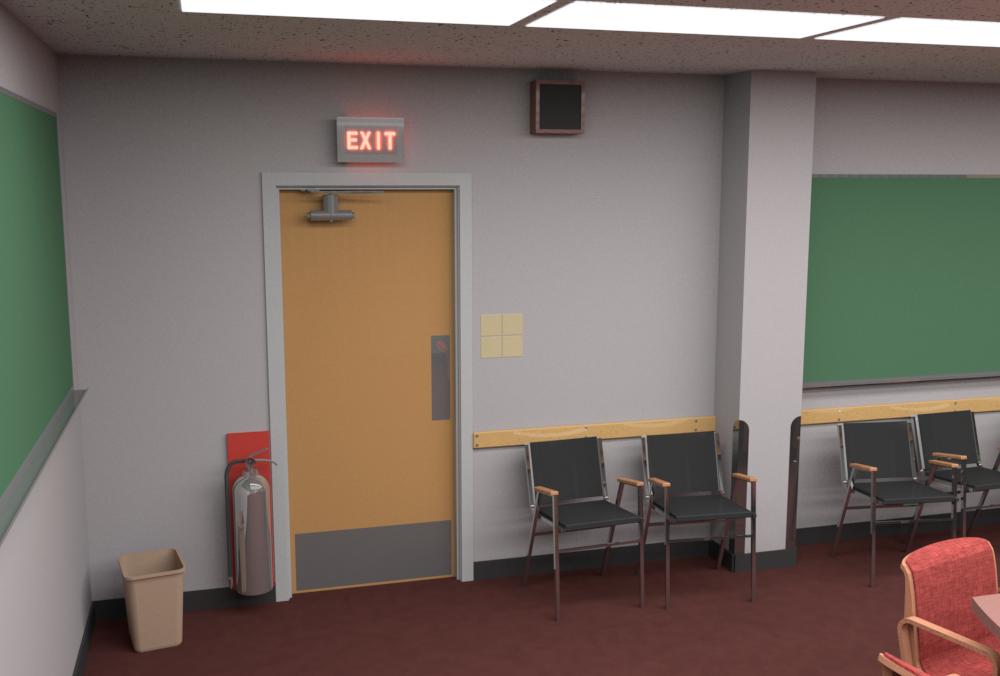 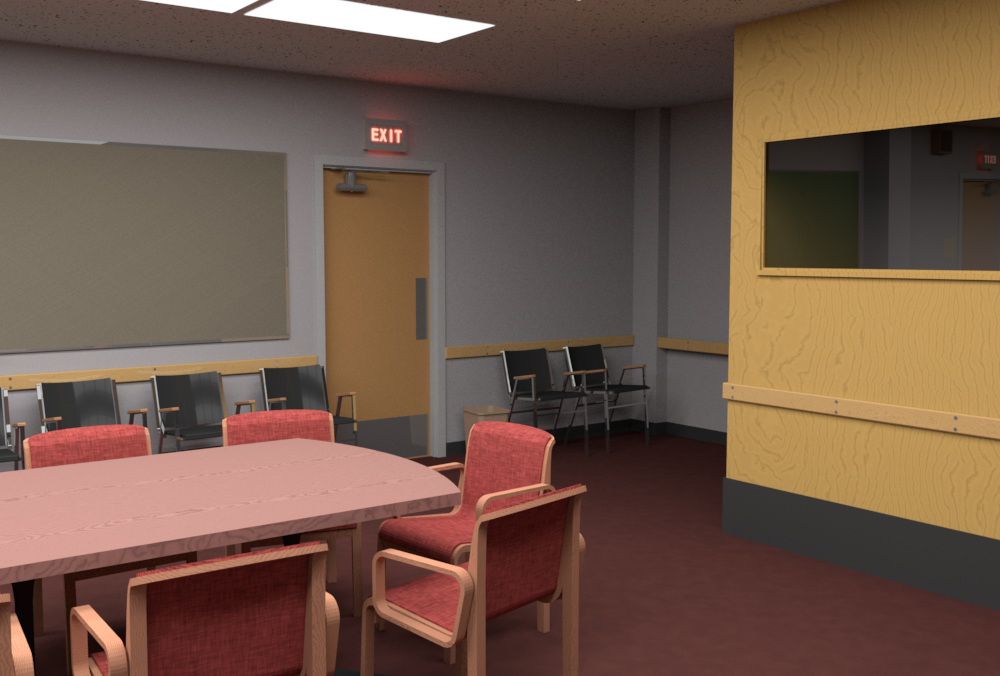 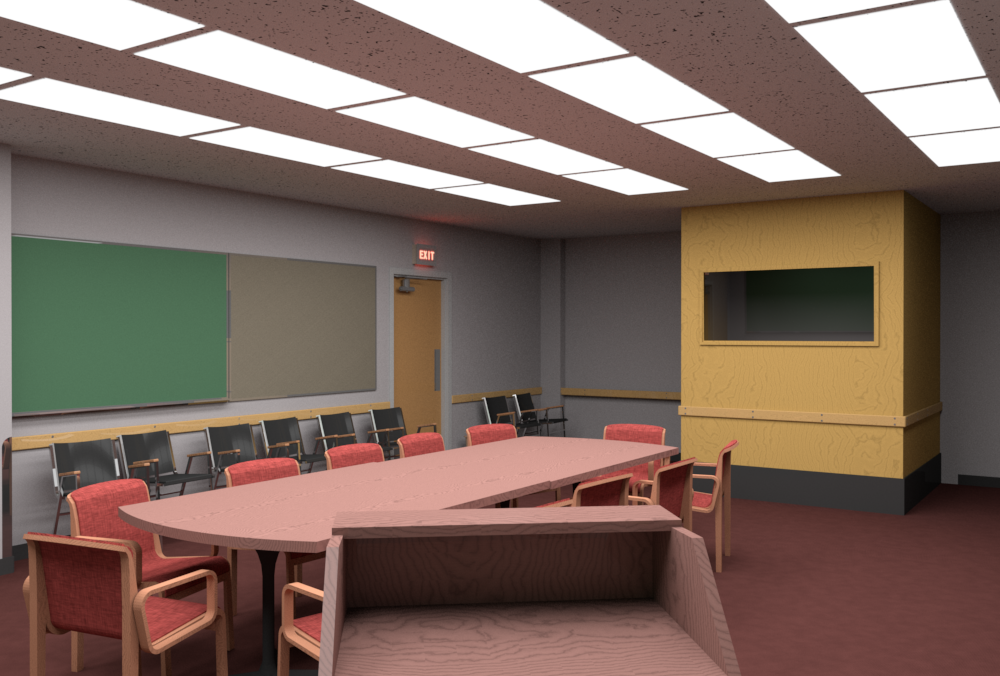 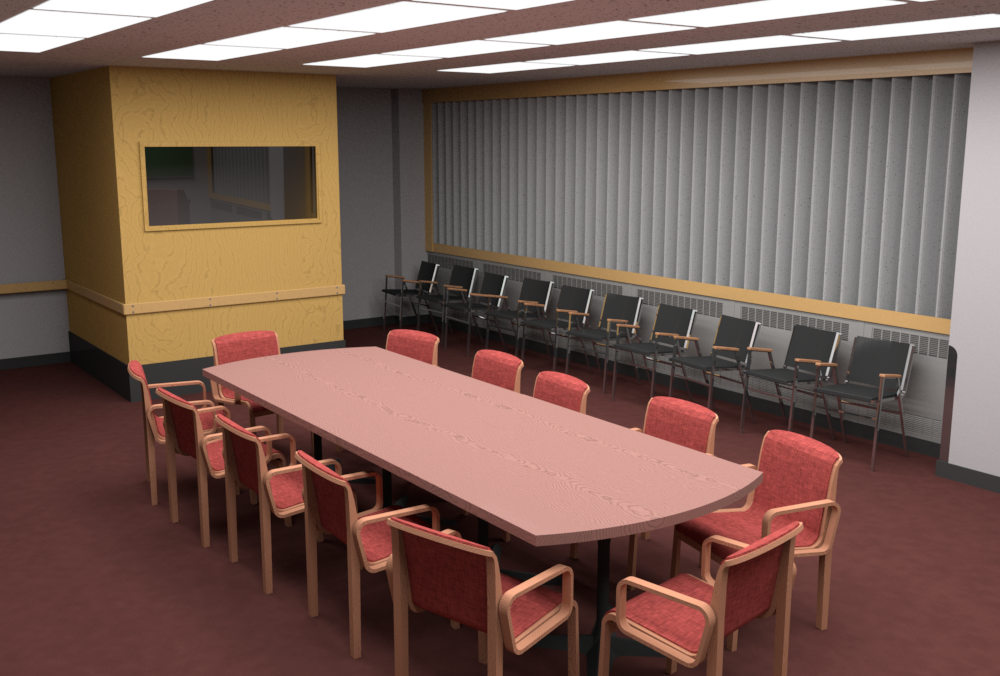 To render the Radiance patterns (basically 3D textures based on a position in space and some parameters), I wrote Arnold shaders, which are currently not publicly available, but checked in into a shader repository.

The pinboard (visible in the third and forth picture) uses for example two (pattern) shaders, called rad_dirt and rad_bwave and this is how it looks like in an .ass file:

The parameters of rad_dirt are:

Basically all patterns manipulate the color (parameter Kd_color) of e.g. a standard shader and you can plug several patterns together before delivering the final color to the material shader. All patterns allow to scale and apply rotation angles (in degrees).

Each pattern works more or less the same way (except calling different functions for the actual pattern generation). It retrieves from Arnold's shader globals the shading point in object-space (Po), calculates transformation matrices for the scale and rotation, and either applies a user matrix (based on the boolean parameter use_Pref_matrix and the existence of such a matrix called Pref_matrix), or applies the local-to-world matrix transform to calculate world coordinates, before using those transformed coordinates (Pt) for further calculations.

The user matrix allows for example to texture all the chairs in the same rest position (therefore the name Pref - see Pixar's Primitive Variables), but instead of defining the geometry in terms of a rest position (which can be used for deforming geometry), I decided to use a simple user matrix, which should involve less user data to store.

Notice in the example above how the matrices differ for both seats, but the Pref_matrix defines the space the chair was textured in.

There exists a shader parameter called use_Pref_matrix in case you want to use the matrix of the primitive (e.g. of a polymesh) instead of the user matrix, which is in this case ignored.