In chapter 3.5 of the Rendering with Radiance book an art gallery with a small lobby entrance and a showroom is described and rendered with Radiance. One piece within the showroom is a tapestry glass panel, which is shown below: 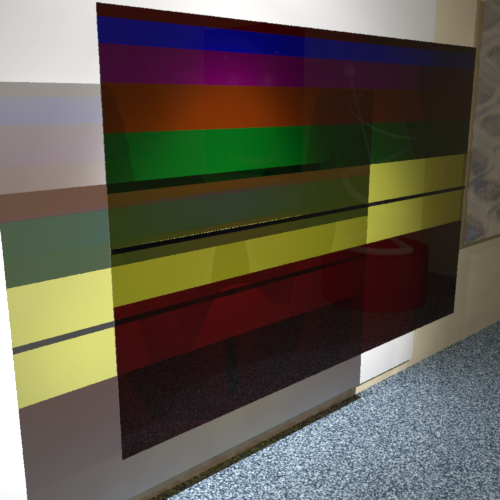 In the original Radiance scene the glass panels do not have a thickness, they are simply made by flat polygons:

The modified Radiance scene in the GitHub repository uses volumes with a thickness (in this case 0.009 units):

Each light is modelled as a cylinder with a closed top as the housing and a light emitting disk with the normals pointing downwards: 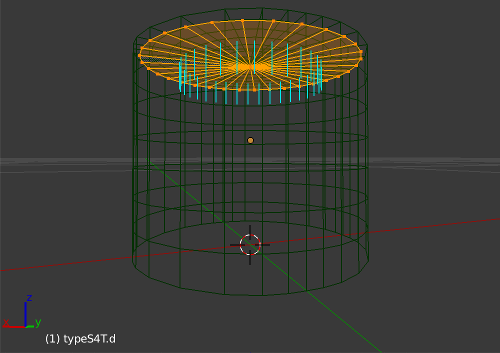 To render efficiently in Arnold only a few anti-aliasing samples were used (AA_samples), nodes for the sun&sky simulation (nodes physical_sky and skydome_light) were removed, no diffuse light bouncing was allowed (GI_diffuse_depth), and all other light emitters were turned off, by setting their standard shader emission values to zero:

The light emitting disks used already a polymesh instead of a disk primitive, but to control the samples for each light we had to use a mesh_light instead of the standard shader with emission. 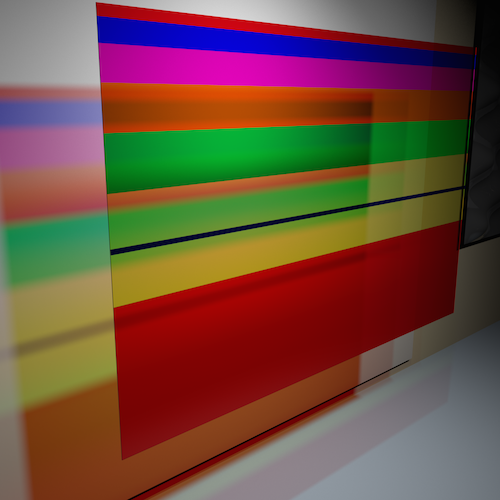 To achieve a good quality (and a relative short render time) for the 500x500 image shown above we used another trick by rendering four images in 2000x2000 resolution with different seed values (AA_seed), e.g. values from 1 to 4, and mixing the resulting images before scaling the final image down to 500x500. Here is the relevant part of a Makefile to achieve this:

Notice the syntax for overwriting the resolution and one of the parameter values (AA_seed) in the options node from the command line.