The first time I have heard about Cryptomatte was last year just after SIGGRAPH. I think Psyop published a SIGGRAPH poster last year, but it disappeared from their web site. Anyway there is still a video available on Vimeo: 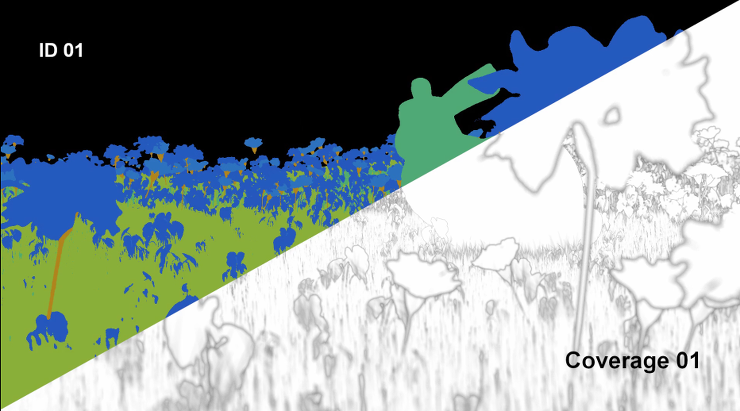 Jonah Friedman just provided a link for the SIGGRAPH poster.

Recently it was brought to my attention that Guerilla Render (version 1.4.0b35) published a similar idea and made their implementation available to the public by making it open source: 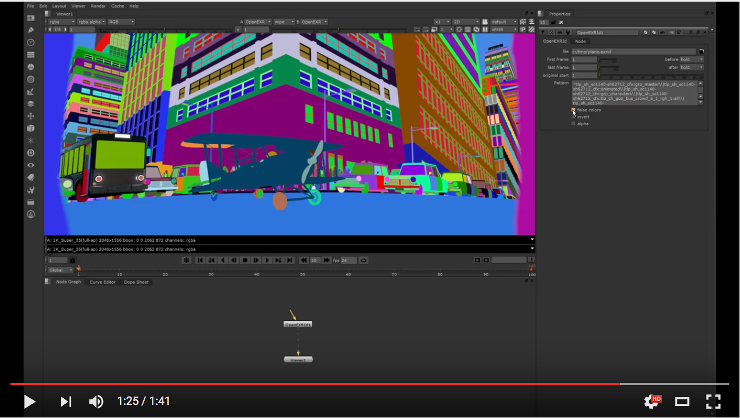 So basically that left us with a Nuke plugin which (thanks to OpenFX) can be used for Natron as well. We also found some example files which we immediately could try with the plugins. The next step was to develop an Arnold output driver to create images like that ourselves during rendering. Here some very early screenshots (from interacting with those images within Nuke): 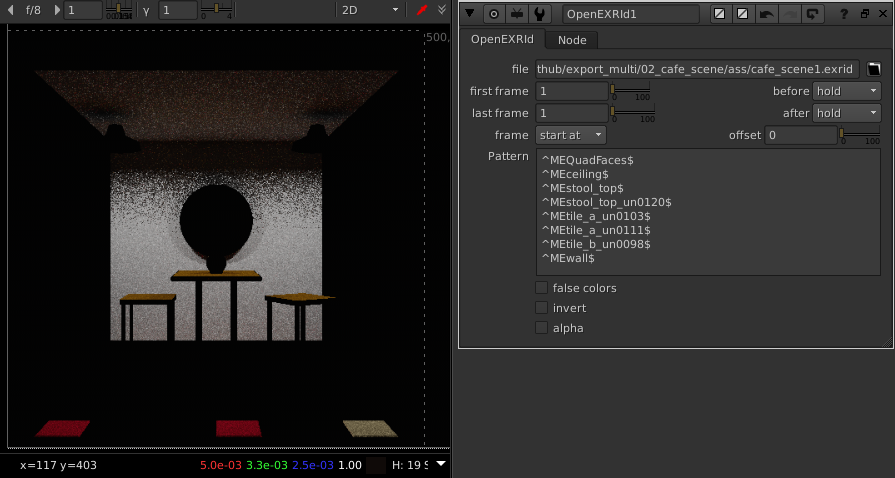 I used the alWriteIds shader from Anders Langlands alShaders with one of my .ass test scene files (Arnold's native scene description file format):

In your favourite text editor you can search and replace all Shape Node Name strings from the previous example by Shader Node Name and the resulting image will contain shader names instead (of shape names): 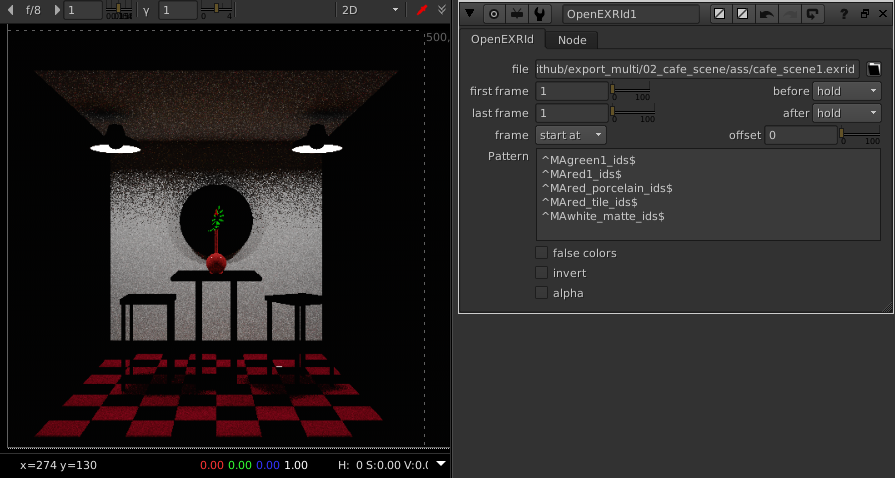 I hope one or the other will be a standard soon, so more renderers will support writing out IDs in such a way that it can be used in (various) compositing applications.