For my rendering research I create test scenes via Blender. At FMX 2014 I talked about Comparing Global Illumination (GI) Renderers. In the same year the German magazine Digital Production published an interview with me about that, and at the Blender conference I gave another talk, which still can be watched on YouTube.

A lot of things changed since then, but the main idea was to keep test scenes created with free software (Blender), store no renderer specific materials or shaders within the scene, and use Python to export to renderer specific scene descriptions using some heuristics to translate Blender's material settings to the renderer specific shaders/materials.

The last three years I wrote a Rust based implementation of a physically based renderer, based on the book (and C++ code) provided by Matt Pharr, Wenzel Jakob, and Greg Humphreys.

In the future I will keep my test scenes in the Blender cloud, but also make them available on my web page for download. It is hard to get access (or publish) production scenes. The Blender cloud is one way to get such data, but also Disney started to publish some data sets.

This year I will probably start working on some USD tools, but until I can use those, I will restrict myself to store Blender files, parse them directly, and render with only two renderers, rs-pbrt and Arnold. 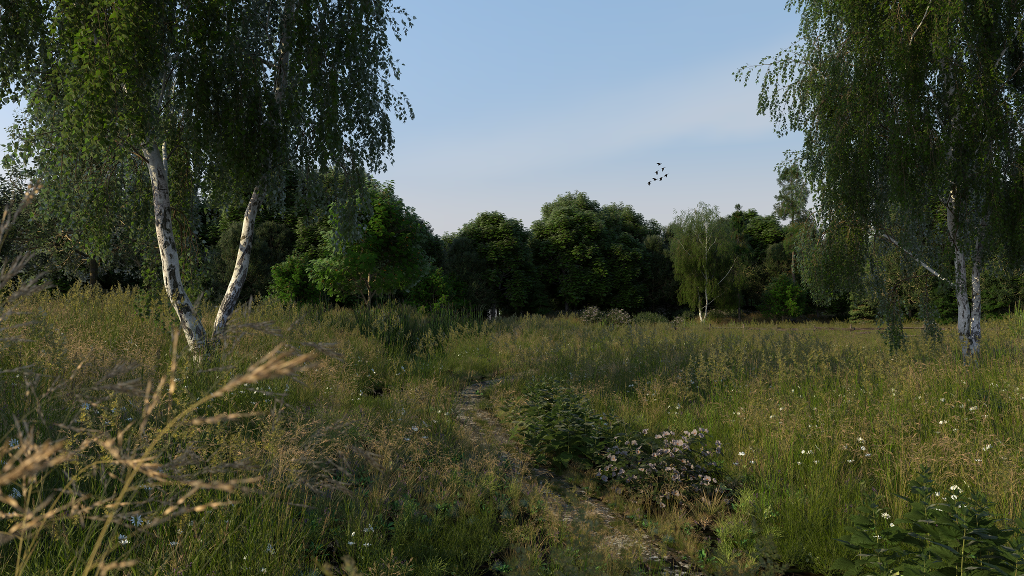 The image above is from the cover of the book, but was rendered by rs-pbrt. This landscape scene is not available as a Blender scene, but there is a git repository, where I collect those scenes, some in pbrt, some in blend file format.

As described in the v0.7.0 release notes, there are three executables, and one can be used to render Blender files directly:

Even though there is an executable shipping with rs-pbrt to render Arnold's scene description files (.ass) directly (via rs-pbrt), it would be nice to compare both renderers by rendering Blender files. For Arnold I decided to translate the .blend files into .ass files first (via a Rust program called btoa), give you the option to store the .ass files in binary format (if you want), and render them from there using Arnold's kick command.

Here is another example, which can be found in the same repository: 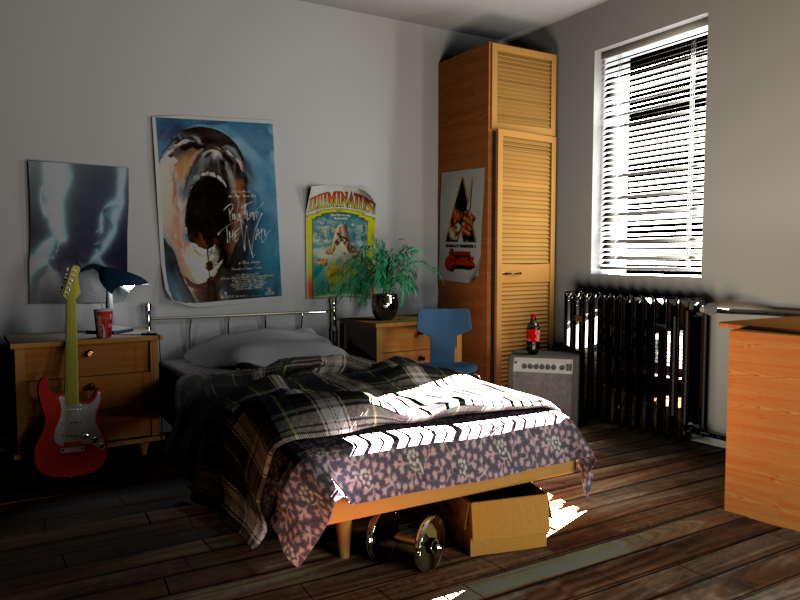 None of this is production ready, well documented, or works on arbitrary Blender files. If I find time I will publish some hints how to create those Blender files yourself (or convert existing ones into something you can render with both rs-pbrt and Arnold). But this is pretty much work in progress and as I said, the goal will be to use USD from some point on. But the Blender files found on GitLab or the ones I will store in the Blender cloud and later make available for download, will render with both renderers.